Our mission is to develop an internationally recognized chemical detection system for use in industrial, government, and chemical warfare situations 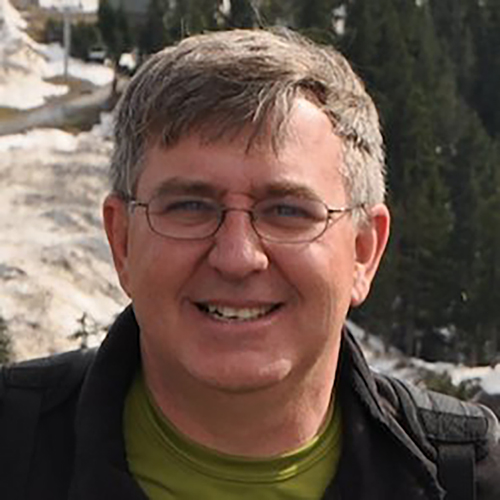 Mr. Haerle has over 24 years of business operations experience. He has been involved in managing, planning and building numerous business organizations. Prior to starting Seacoast Science, he was the director of network operations for Graviton's, Inc. where he was responsible for building and managing the Network Operations Center and Wide Area Network Engineering Organizations.

Mr. Haerle was previously with AT&T. During his tenure there he held numerous management positions, the most recent of which was the Director of Process Engineering for Enhanced Network Services in San Diego. In this role he was responsible for the standardization and streamlining of key operational processes to support the growth and scaling of AT&T dedicated web hosting business.

Prior to his move to San Diego, he held the position of Manager for AT&T's Network Systems platform & planning organization. He had responsibility for a portfolio of large-scale system development projects with a budget totaling $74 million dollars. He also held the position of AT&T's Network Control Center 5ESS Operations Manager where he led the 24/7 tier I and II technical support team. This team was responsible for day-to-day surveillance, control, analysis and repair for three of AT&T's 5ESS based networks. 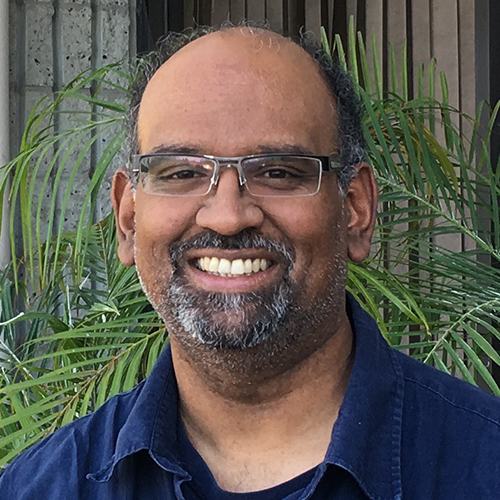 VP of Research and CTO

Vice President of Research and CTO, founder, earned his B.S. in chemical engineering at the University of California, Berkeley, in 1992, and his M.S.E. and Ph.D. in chemical engineering from the University of Michigan at Ann Arbor in 1993 and 1997, respectively. His doctoral research involved studies of chemical interactions of combustible gases with thin metal/semiconducting films and MEMS hot-plates for use as gas sensors for automotive exhaust emissions.

Dr. Patel joined Sandia National Laboratories in Albuquerque, NM in 1997 where he researched microfabricated hydrogen sensors and polymers-based chemiresistors for the detection of volatile organic compounds.

In July of 2000 he joined Graviton, Inc. to develop microcantilever-based gas sensors, and helped to invent a chemicapacitive gas sensor technology. 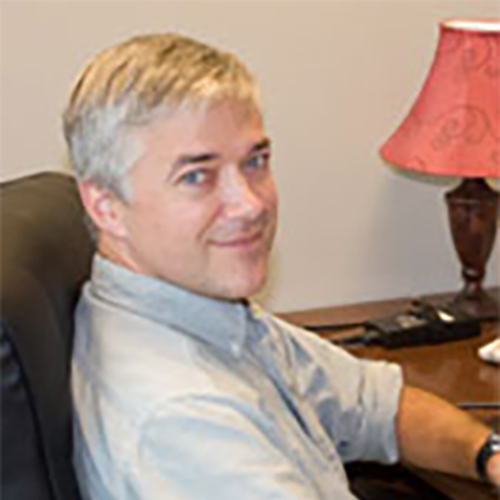 Chairman of the Board, Founder

In February of 2003 Dr. Mlsna co-founded Seacoast Science, Inc., where he was President and CTO. Dr. Mlsna’s work has been presented at scientific conferences and published in journals and books on numerous occasions. While at Seacoast he has won several grants from government agencies including the Department of Defense and the Department of Homeland Security for the development of chemical microsensors.

Dr. Mlsna graduated with a B.S. from Albion College in Albion, Michigan in 1985, and a Ph.D. from the University of Texas at Austin, in 1991. Both degrees were in chemistry. His graduate work focused on synthetic organic fluorine chemistry, as did his postdoctoral work at Clemson University.

From 1994 to 1998 Dr. Mlsna worked at the Naval Research Laboratory (NRL), Washington, DC, on the development of absorbent polymer-film-based chemical sensors. While working at NRL his paper ‘Aromatic Fluoroalcohol Coatings for Chemical Warfare Agent Detection’ won Best Paper at the International Sensor Conference in Beijing in 1998 and his work on pulsed laser deposition of polymer films won recognition in 2000 as one of the year’s best patent applications.

In 1998 he joined Sensor Research and Development Corporation where he continued his work on chemical sensor development as Director of Analytical Chemistry. He held the position of Senior Staff Scientist at Graviton from 2000 to February 2003 where he developed polymer formulations for Graviton’s volatile organic compound sensor system. 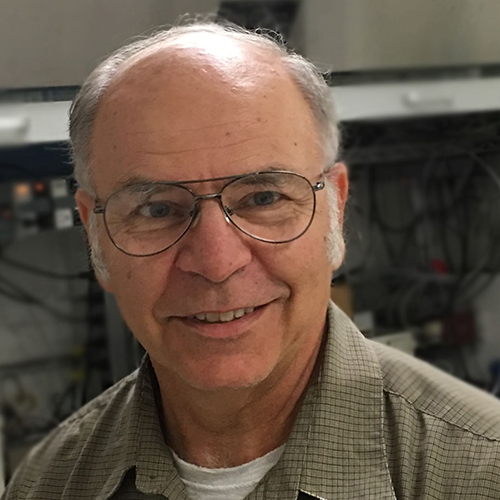 Dr. Tolley has made a career as a research scientist and manufacturing manager emphasizing innovative chemical sensor technology. As a Principal Scientist at Seacoast he was responsible for the final design of the Vernier Mini GC™ gas chromatograph, which is the first low-cost, compact chromatograph designed specifically for education. He also led development work of a monitor installed in vehicle to monitor alcohol impairment of the driver based on alcohol excreted through the driver’s hands.

Dr. Tolley earned his Bachelors of Science and Masters of Science Engineering in Metallurgical Engineering at the University of Utah, Salt Lake City and his Ph.D. in Organic Chemistry from Brigham Young University, Provo, UT. He has authored / co-authored 27 U.S. patents and over 75 peer-reviewed publications.

Prior to Seacoast Science, Dr. Tolley held a number of positions one where he was responsible for commercializing photon welding using conventional light sources to weld plastic parts. He has developed a novel calorimeter that allowed the measurement of thermodynamic properties and phase relations of supercritical fluids.

Dr. Tolley is a member of the American Chemical Society and in his 13th year as secretary to the San Diego Section.

Dr. Jackson brings a broad and diverse analytical background. His primary area of focus is analysis methods for trace chemicals in blood samples using UV fluorescence and other techniques. His research includes the development of an analysis method for the cyanide metabolite 2-aminothiazoline-4-carboxylic acid (ATCA) and the development of the Cyanalyzer’s (cyanide exposure diagnostic) platform technology. Most of his research has had an emphasis on optimizing methods of analysis for CWAs.

Dr. Jackson is the inventor of the Cyanalyzer, a medical device that can detect trace concentration of cyanide in blood. It is currently undergoing advanced development by Seacoast in collaboration with South Dakota State University to produce a manufacturable instrument. Dr. Jackson's knowledge of biology, forensic science, and chemistry allows him to analyze problems from a unique perspective, aiding in the generation of innovative solutions to difficult problems.

He has experience working as a laboratory Biologist. While at Saint-Gobain Vetrotex America he gained experience in Quality Control/Quality Assurance (QA/QC) and instrument calibration. Dr. Jacksond also has a number of years of forensic experience, he interned at the Montgomery County (Texas) Sheriff’s Office, where he gained experience in chain of custody and evidence preservation, as well as Good Laboratory Practices (GLP). He has also work on the detection an analysis of analytes of interest in biological fluids. 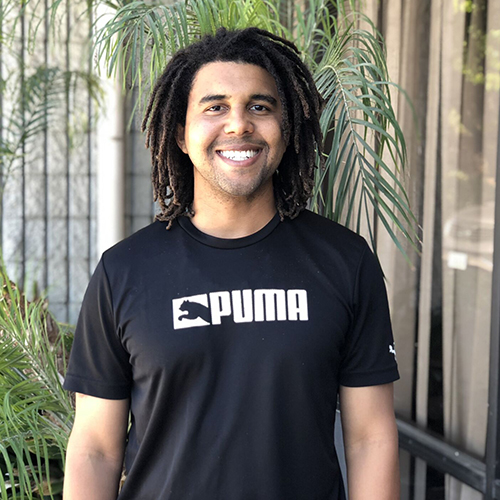 Dr. Cowart has a research background in materials chemistry, polymer science, organic semiconductors, directed molecular self-assembly, organic photovoltaics, hetero-interfaces, thin-films processing and characterization, and fabrication and analysis of optoelectronic devices. A central theme of his research has been the design and development of novel organic material systems and composites for application in electronic devices. In August 2017 Dr. Cowart joined the team at Seacoast Sciences, Inc. and is currently leading their efforts in new materials development and thin-films processing.

After finishing his Ph.D. and spending a year abroad volunteering at a natural medicines clinic in the Peruvian Amazon, Dr. Cowart later co-founded Outlier Technologies with Lo Bonaby and Dr. Peter Gray, serving as its CTO for the first year.

Outlier Technologies is a music therapy software company that aims to develop intuitive, user-friendly games and puzzles which leverage the research based benefits of music therapy to accelerate and assist the rehabilitation of individuals with neurological disorders. During his time at Outlier Technologies Dr. Cowart led a cross-disciplinary team of mathematicians, engineers, computer scientists, and musicians to co-engineer a markov-based stochastic analysis for music composition mediated via computer vision. He also helped develop our strategy for music therapy technologies for stroke victims and children with Autism and was instrumental in fundraising.

Dr. Cowart graduated from the University of Florida with a B.S. in Chemistry and a B.A. in Spanish. During his time at UF John worked as an undergraduate research assistant in Professor John Reynolds’ conducting polymers group, where he studied the synthesis and electrochemical properties of electrochromic polymers. Dr. Cowart also spent 3 summers abroad working at Ecole Normale Suprieure de Cachan in Cachan, France through a collaboration between Professor Reynolds and Professor Pierre Audebert.

Dr. Cowart obtained his doctorate in materials chemistry from the University of California at Santa Barbara where he was co-advised by Professors Michael Chabinyc, Craig Hawker, and Fred Wudl. Dr. Cowart’s graduate research was in organic photovoltaics and his dissertation work focused on the rational design of multifunctional fullerenes for application in organic solar cells. While at UCSB, Dr. Cowart received funding from an NSF ConvEne IGERT fellowship for his work in renewable energy. In addition, through NSF funded collaborations Dr. Cowart spent several months at Imperial College London and UT El Paso developing crosslinkable conjugated materials and fullerene purification techniques.